Will Voting Out the Liberals Save Vaping in Canada?

In the years that the federal Liberals have been in power, people who use vapour products and those that sell them have been under attack. Health Canada, having jurisdiction over the vaping file, has pursued an agenda to restrict the appeal and effectiveness of vaping, chipping away with each new regulation. They’ve pursued this agenda doggedly over the years, despite new and increasing evidence that their plan is fatally flawed and will result in negative public health outcomes, potentially for generations to come. They openly admit to ignoring tens of thousands of Canadians who responded to their regulatory proposals. They’ve pushed on, manipulating the data where necessary to make a point or to ignore one. And with every new proposal, every new regulation that is introduced- no matter how horrible- a Liberal Health Minister has been happy to trumpet the success. Naturally, people who vape are angry and distrust the Liberals and Health Canada. The inclination is to vote the bastards out.


It's unfortunate that the bureaucrats at Health Canada can’t be voted out because every one of them involved with this file deserves to lose their job, as does the current Health Minister, Patty Hadju. But will voting out the federal Liberals en masse save vaping in Canada? In a word- no.


We’re this far down this path for a reason- most politicians, from every major political party, either don’t care about the vaping issue enough to get involved or they agree with Health Canada’s position. While the Liberals have indeed been at the helm, the Conservatives- Her Majesty’s loyal opposition- have had relatively little to say on the subject.


There is no political payoff for supporting vaping or the people who vape (or smoke, same difference in many people’s minds). So where does this leave people who vape, especially those on the front lines of advocating, who are tired and disillusioned after years of battling Health Canada and the government? Without many good options, unfortunately.


If you have a candidate in your district who supports vaping and the rest of their platform generally aligns with your own politics, lucky you! Your choice is easy. If you don’t (and most of us don’t), a good strategy is to support a party that believes in harm reduction. Any party that favours a “tough love” approach over harm reduction is unlikely to advance harm reduction for people who smoke or who vape. While none of the major political parties currently support vaping, it is considerably more likely to change a person’s mind on a single issue (vaping) than it is to change their world view. As evidence continues to mount to support vaping, those politicians who are already inclined to support public health initiatives that reduce harm are more likely to come around. Those that equate harm reduction initiatives with ‘enabling addiction' or being ‘soft on addicts’ will be considerably harder to move, regardless of the evidence or the consequences.


Another strategy that has been floated is to vote for the “enemy of your enemy”, which in this case would be the Conservatives. It would satisfy the urge to stick it to the Liberals, though I doubt any Liberal candidate would attribute their loss to vape advocates so much as the natural baton-passing that happens between the two parties. Even more unlikely that the Conservatives would back vaping, or turn back regulations. If they had any skin in the game or disagreed with Health Canada’s plan or the Liberals’ management of this file, we’d have heard about it. We’d have heard about it during the years that Health Canada has picked away at vaping and at vaper’s rights. They’d have mentioned the tens of thousands of citizens who wrote to protest Health Canada’s proposals and were summarily dismissed. They’d make a play for the million votes that are potentially up for grabs in this election. But they haven’t, and they’ve made their stance on harm reduction clear time and again. There is no reason to expect that they will carve out a special exception for “nicotine addicts.” In this case it is helpful to remember that the enemy of your enemy may also be your enemy.


That is not to say that the Liberals deserve a free pass. But voting strategically should be done with the thought of achieving something bigger than simply kicking the last bums out. We need change that is bigger than window-dressing. We need a government that believes in harm reduction, in safe supply, in bodily autonomy, in equality and in equity. These are all at the core of the vaping issue. It is a social justice issue. If there is a candidate in your district who represents that they believe in these principles or that they are open to them, they are your best chance to move the politics of vaping in the coming months and years, regardless of political stripe. Of course- you don’t have to vote for anyone. If there is no candidate worth voting for in your area (and hopefully you’re basing this on more than the vaping issue), you can choose to stay home or choose to spoil your ballot. A warning on spoiling your ballot though: it won’t be counted separately from ballots that were accidentally spoiled. You aren’t able to send quite so direct a message as “none of the above”, though we can hope for the day.


This election won’t change what’s happened with vaping in Canada. Voting a party in or out won’t “save vaping” if by “save” we mean “turn back time.” The industry and consumers have taken a massive hit and we haven’t even begun to count the losses. We can’t change what has already happened. We do have a chance to change the politicians we’re in conversation with though, and we can still change minds. May we choose wisely. 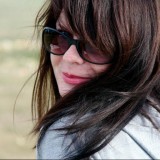